Teach Students About Juneteenth With These 9 Lessons, Videos and Primary Source Documents 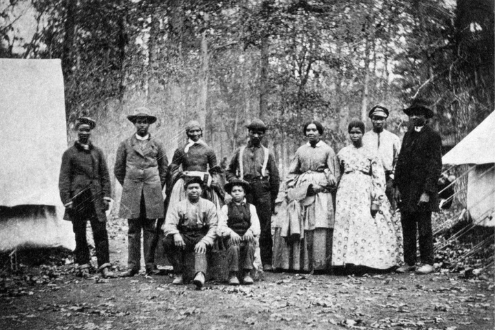 As June arrived in 1865, the Civil War was over. It was more than two years after Lincoln signed the Emancipation Proclamation and six months after the Thirteenth Amendment to the Constitution officially outlawed slavery. Still, in Texas, slaves were not yet free.

U.S. Army Gen. Gordon Granger arrived in the state, one of the country's most remote areas, to enact General Order No. 3. The order, which came along with 2,000 Union Troops, required Texas to release all of its 250,000 enslaved people.

Juneteenth is a celebration of that day, and more than 40 states officially recognize Juneteenth as a state observance.

Although it is a celebration, the date is a reminder of everything that led to it and the painful history that continues in our country. After General Order No. 3 was enacted, the newly freed people celebrated. Then, they were beaten for doing so.

“It’s important to know the entire history of the U.S., not just a certain part of it,” says Ken Sprague, Jr., U.S. history teacher at Atlanta’s Marietta High School.

Sprague and his colleagues are developing an ethnic studies curriculum that will cover the history of immigration, civil rights and other subjects from the perspectives of marginalized people.

He says that’s especially important in his majority-minority district. Now more than ever, he says, with several state legislatures considering bills to limit the way race is taught in the classroom.

“We need to understand how what ’s happened in the past leads up to how we see things in today ’s world,” says Sprague. Here are some resources for teaching about Juneteenth, our nation’s second independence day.

The National Museum of African American History and Culture

The Historical Legacy of Juneteenth is an article with photographs from the Smithsonian that provides context for Juneteenth. It covers the Emancipation Proclamation, the Thirteenth Amendment and Reconstruction.

Juneteenth: All About the Holidays is a short video that offers an introduction for younger students. This PDF offers grades 3-5 vocabulary words and photographs.

This World Wide Celebration website offers historical information and archives of Juneteenth celebrations in the news and connects those celebrating the holiday.

“Juneteenth. Why is it Important to America?” is an article that includes a lesson plan with a short video and discussion questions about the holiday.

The Library of Congress collections

The Library is full of original sources. Check out The Birth of Juneteenth, Voices of the Enslaved, and Juneteenth Celebration: A Local Legacy. Harriet Smith, a slave in Hays County, Texas, tells interviewer John Henry Faulk about the day she and the other plantation slaves were freed.

This classroom activity asks students to make a Venn diagram comparing Juneteenth and July 4. Several resources are linked here, including the Emancipation Proclamation housed at the National Archives and Records Administration’s site.

So You Want to Learn About Juneteenth? is an article that puts the celebration in the context of the 2020 protests sparked by the murder of George Floyd at the hands of police.

Teaching Juneteenth. This article from Learning for Justice, formerly Teaching Tolerance,
uses the holiday to empower students to advocate for societal change.

What is Juneteenth? This overview of the holiday offers facts and a short video with links to many other related topics.

Teach Students About Juneteenth With These 9 Lessons, Videos and Primary Source Documents

As June arrived in 1865, the Civil War was over. It was more than two years after Lincoln signed the Emancipation Proclamation and six months after the Thirteenth Amendment to the Constitution officially outlawed slavery. Still, in Texas, slaves were not yet free.